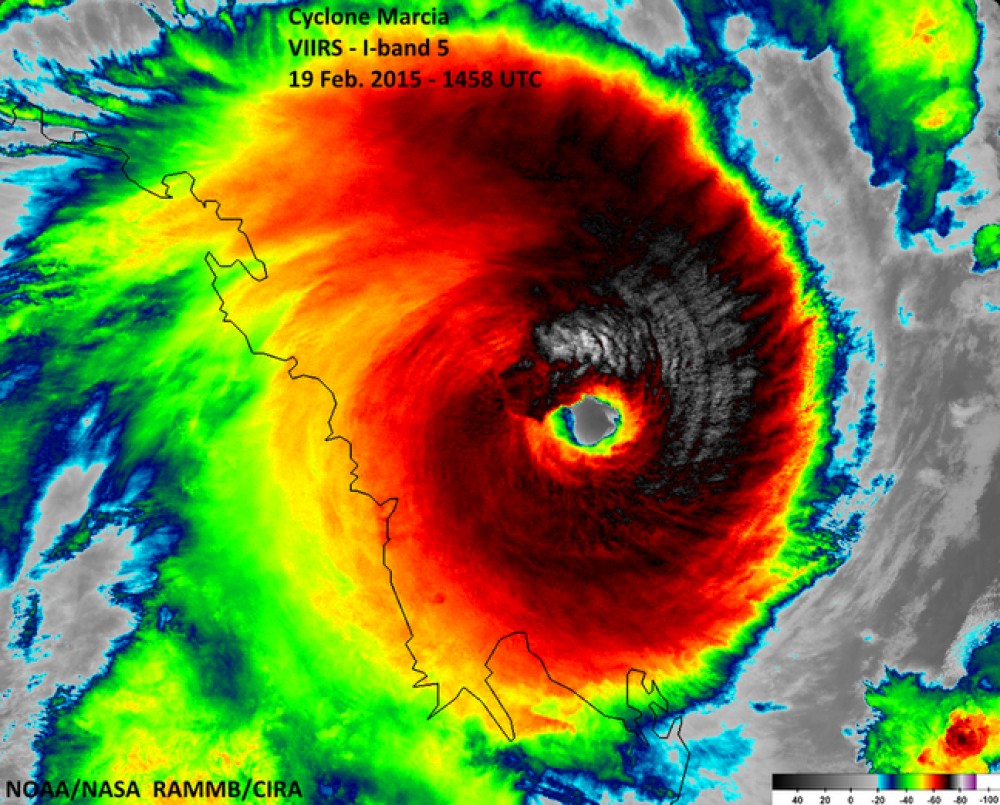 I woke up this morning to Weather Terror. Well, not only Weather Terror, but a contest between left and right wing media visualisations of cyclone Marcia, a severe Category 5 subtropical cyclone hitting us now in Queeensland.

There are of course many ways weather events can be visualised, mapping features such as pressure patterns, temperatures, fronts, wind direction and speed, and rainfall.

When an extreme weather event occurs, the images generated from the same set of data can be beautiful or boring, hypnotic or hell-raising.

So there are lots of visual choices for newspaper editors. With Islamic terrorism briefly bumped from the front page, the conservative press can still make us PANIC!!!!!!!!

Of course cyclones are dangerous and do wreak havoc, but why the Weather Terror? Well, why the Union Terror, The Gay Terror, The Internet Terror, The Public Service Terror, The Welfare Terror, The General Moral Disorder Terror, and not to mention the Terror Terror (yet no mention of the real threat of Climate Change)? Because we're all doomed. The Guardian gives us a satelite image with white swirling cloud. The Daily Mail has an angry red and black menace - "a terrifying experience". Fairfax's Age is all beautiful greens and blues. Following then is a random selection of alternative Cyclone Marcia visualisations, pulled from weather and news websites this morning: 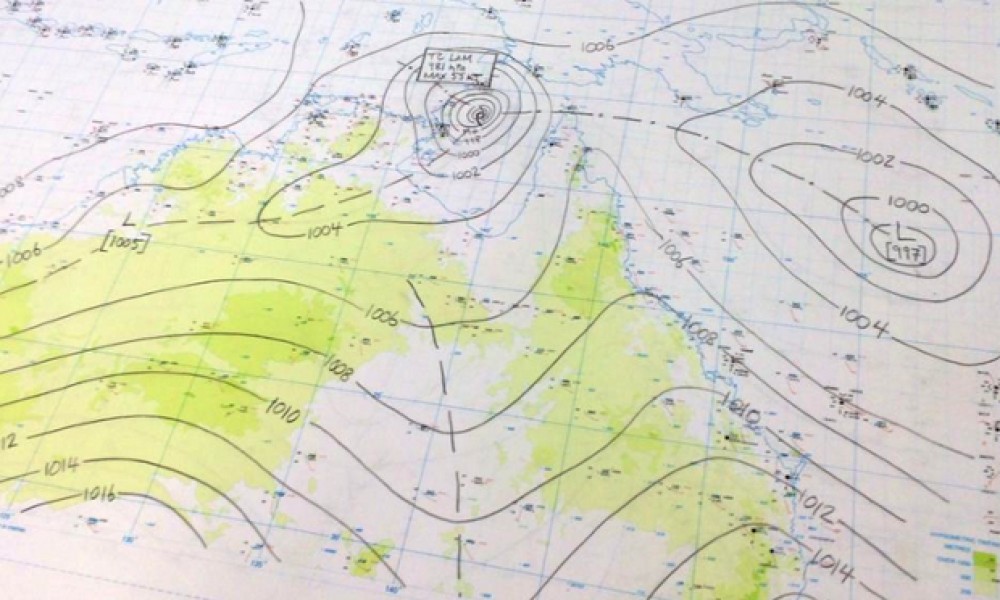 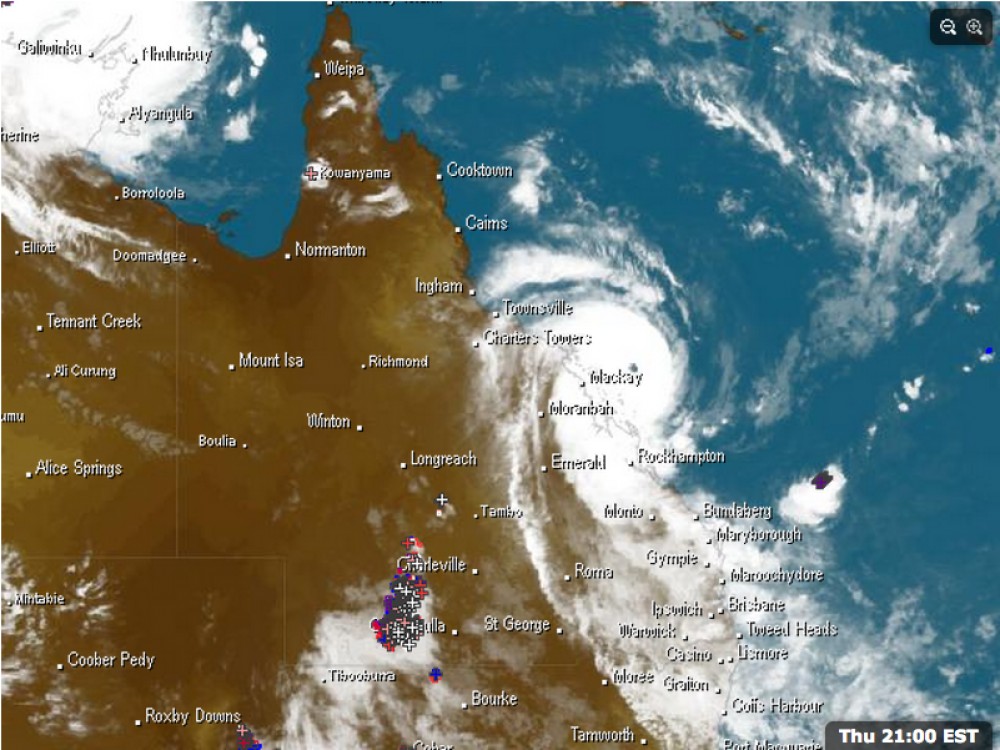 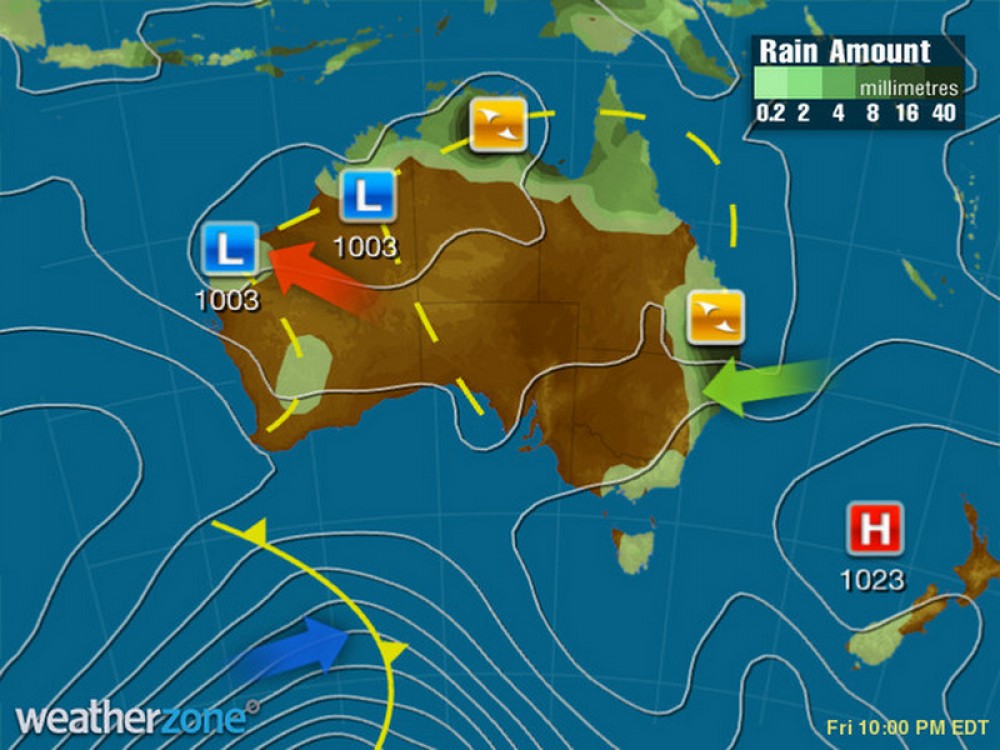